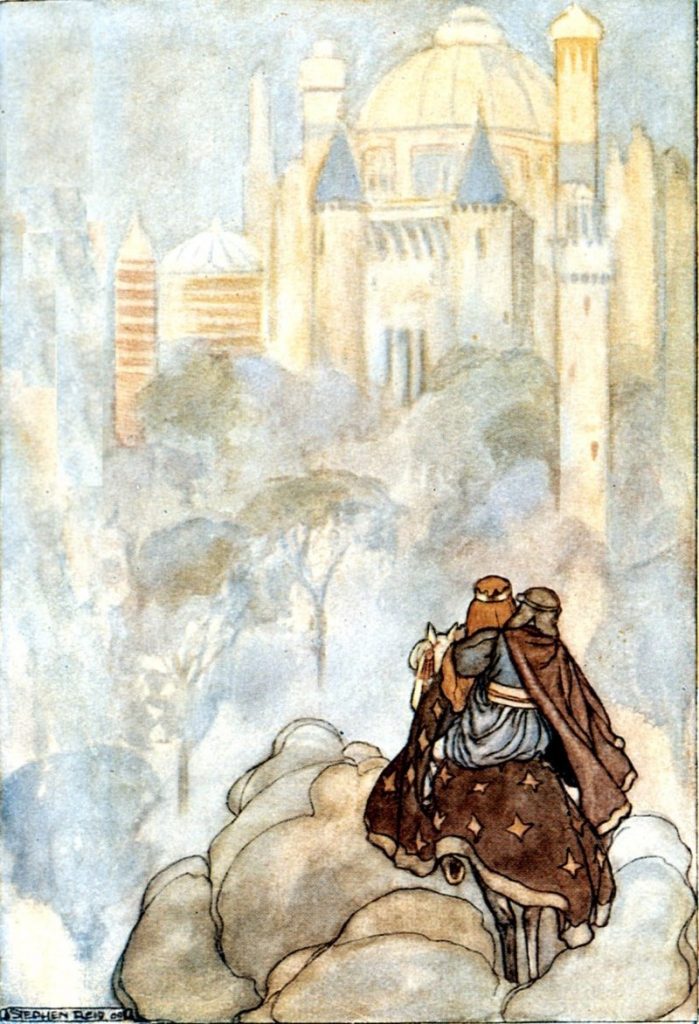 The word ‘fairy’ does not translate sìth well at all well. You know that old expression ‘lost in translation? Well, ‘fairy’ is the ultimate understatement. The sìthichean have awesome powers and should be treated with great respect.

People can repel the fairies with iron and salt. Tongs placed near a cradle prevented the fairies from taking a baby away. A little salt sprinkled on milk, butter or fish when taken outside the house kept the fairies from leading people astray.  According to one story, a woman left her house with a nice fresh fish to give her daughter. Unsalted. She knew the way but got lost and was still wandering long after nightfall. She found her way home the next day and never left the house after dark until she died. In another story, a visitor knew a lot about the family as well as their neighbours. Yet no one knew him. When he was offered a meal, he refused it because it had been salted. Today you might say he likely had high blood pressure, but the folk of that village reckoned he was a fairy.

Ban-sìthe or bean-sìthe in Gaelic means ‘fairy woman’, a special type of female fairy. In Irish it is bean-sí. They’ve a bad reputation in English stories; they are said to screech and howl and scare folk. But, in a lament to a MacCrimmon piper, a banshee is said to ‘sing her sad lament’– ‘sheinn a’ bhean-shìth a torman mulaid’. So much for screeching.

But here is the interesting bit. According to Gaelic folklore in Scotland and Ireland, only Gaelic families are worthy of a banshee. Worthy! In the seventeenth century, the banshee was seen as a protectress of the people who rightfully hold the land. People believed in the banshee in the Scottish Highlands as well. A friend whose people came from the Hebrides said he had heard the banshee lament in a close, a hallway in a block of flats in Glasgow, and soon after a neighbour died. This in the modern era.

My novel is about a woman who could become a banshee. What does a banshee do that is valuable? A banshee is a death messenger. Horrors! How can a banshee be a sympathetic heroine and death messenger you might ask? In Gaelic tradition, a warning of death is a good thing. With her lamenting, she told people close to the dying person that the time had come to prepare a funeral; she cried early enough for people far away to give them a chance to go home and prepare for a proper funeral. See? Banshees are considerate.

In my story, The Banshee of Castle Muirn, the village wise woman, a banshee, in reality, requires an apprentice to take over her duties. She is getting too old for the business. The wise woman is feared for being a healer, yet her services are eagerly sought. They have no idea why she is such as good healer, but they suspect magic of some sort. They have no idea she is a banshee.

The only possible candidate for training is Shona Campbell, the daughter of a Campbell chieftain. She agrees to train as a healer as some knowledge of that art is expected of a good wife. The wise woman mixes a little banshee training in with the healing. But Shona wants nothing but to marry a good man who is acceptable to her clan: a distant cousin perhaps, a Campbell man. Then she finds out that she is expected to marry a particularly nasty Lowlander. Her father far away in Edinburgh is in grave danger. Can she protect her family as a banshee?

I told some Americans about my story, and they said a banshee could not possibly be a woman. He was a character in a graphic novel who defeated his enemies with a sonic scream. A successful tv series has followed the novel. They were so popular that men’s ski boots were named Banshee. You could even buy a green pair! In the US, people had no idea that the word came from Gaelic and what it really meant, and the internet perpetuates the mistake. You can find banshee or fairy woman in a good Gaelic-English dictionary online.

Anne Ross, The Folklore of the Scottish Highlands, 1976