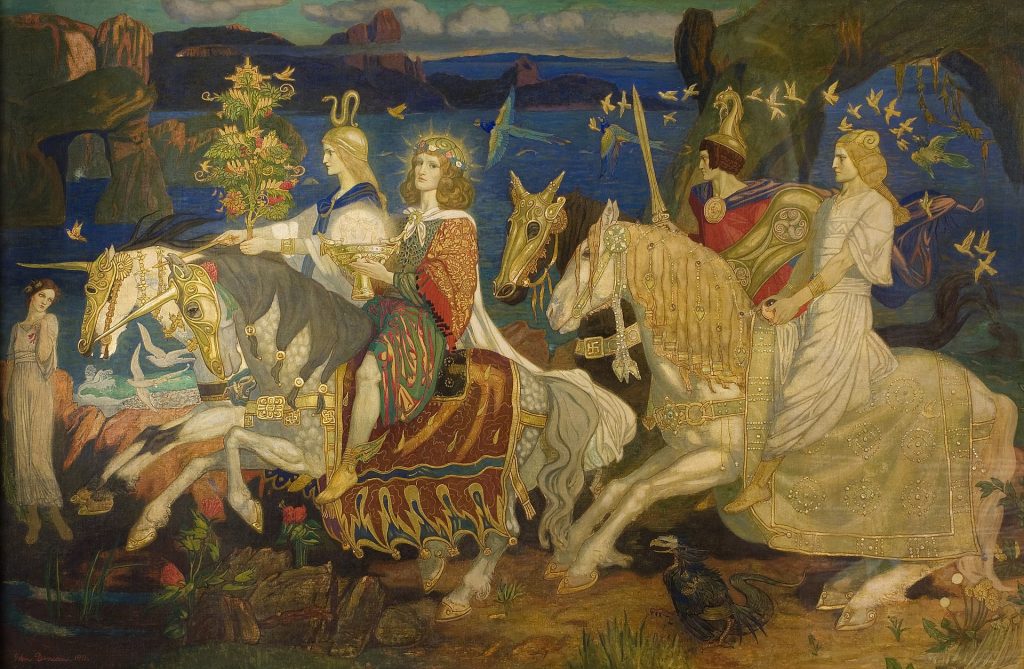 The ancient Celts believed that all things, animate and inanimate, possessed a spirit. Mountains, hills and trees were manly; rivers and meadows were feminine. The Celts knew that spirits watched their every move. So any action was carefully considered because of the effect it might have on their destiny. Ogham, the first Gaelic alphabet, was based mostly on the names of trees and bushes. A reverence for nature passed gently to Celtic Christianity.

Then there was the tough side of Celtic Mythology: the thunder god, the god of light, the young god, even Cú Chulainn and Fionn, warriors everyone. These muscular and fearsome gods were remembered because of the battles they fought. The first of August was a huge festival because it memorialised the combat between Lug, the god of light, and Taran, the thunder god. Water monsters were feminine entities; they gave life but then took it away.

The ancient gods were a reflection of the society which worshipped them, and the druids were the priests who interpreted their will. They have had a bad reputation from the likes of Julius Caesar, but were they so evil? Did they make French fries of hundreds of people?

Find out more about the Celtic gods: who they were and why they were worshipped. You’ll also find out a little of the ancient druids and the belief in fairies.

Topics to be covered: