Warriors of the Word –Scottish Highlands 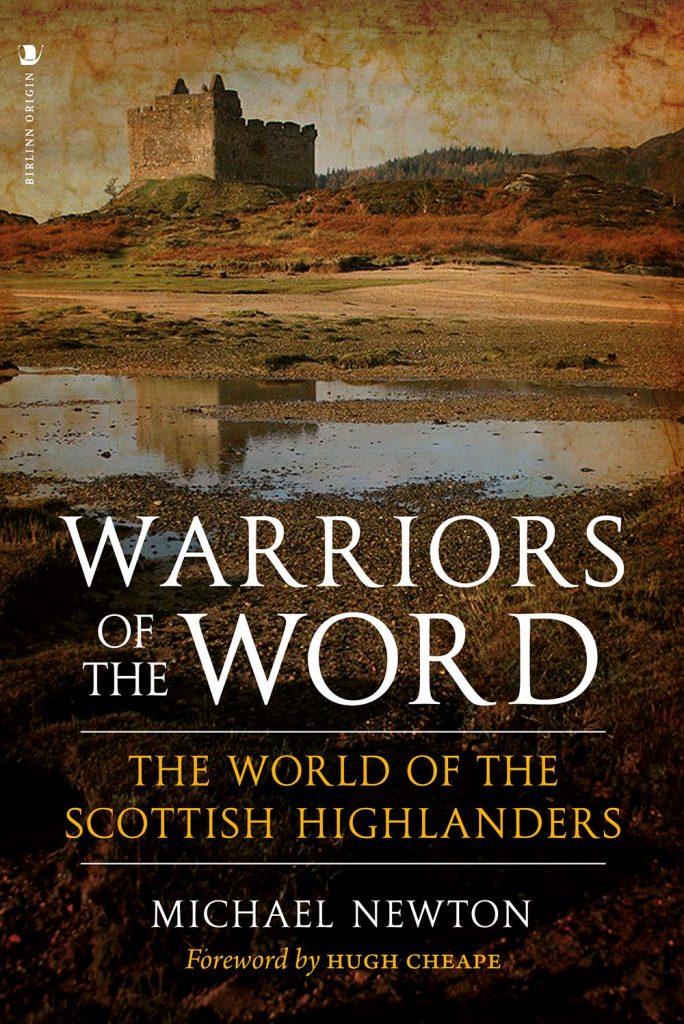 Interesting title. Warriors of the Word is a book about Scottish Highlanders. Weren’t they more interested in swords than words or books? Who were these wordy warriors anyway?

The most honoured members of Gaelic society, that is, of the Highland clans, were poets: local and professional such as the bàrd (lowest rank of poet), filidh (middle rank) and ollamh (highest). Their praise poetry extolled the brave deeds of the chiefs, their gentlemen and allies, and their satires could ruin the reputation of a wrongdoer. The poets kept genealogies and histories which enriched their poetry. They were believed to have magic powers—they could raise blisters for an insult. No surprise that they could move freely around Gaelic Scotland and Gaelic Ireland. They were so very valuable that injuring a poet was dangerous thing indeed.

The language of the Highlands is Gaelic or Gàidhlig as it is in the language, and poetry and song are a major cultural by-product. Poems, a few a thousand years old, survive in manuscript collections. Hundreds of songs, some composed over five hundred years ago, are sung to this day.

Too often the history and society of the Highlands has been written by outsiders who have no knowledge of Gaelic language, traditions or society. They reuse the tropes dating back centuries, the Highlands are barbaric and uncivilised.

Michael Newton’s Warriors of the Word uses Gaelic sources, some translated for the first time, to give a survey of the history and culture of the Highlands. His creative use of poetry, songs, folktales and clan sagas will enhance a reader’s understanding of Scottish Gaeldom.

This is an essential book for enthusiasts of the Scottish Highlands whatever their previous knowledge.