A Rousing Song of the 1745 Rebellion 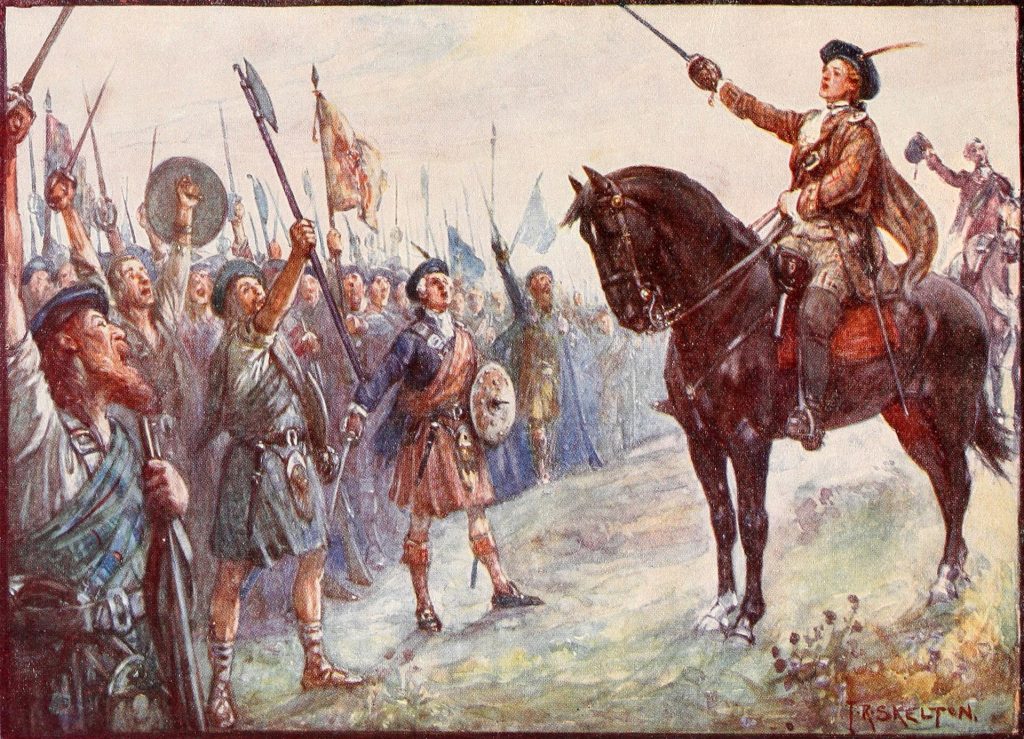 ‘Bonnie Prince Charlie’ had a public relations manager during the Rebellion of 1745. Alas he does not appear in the Outlander novels. To English-speaking people he was Alexander MacDonald, but he was Alasdair mac Mhaighstir Alasdair to Highlanders, Scottish Gaels. His father was an Episcopalian minister in a time when priests and ministers were addressed as maighstir (master), referring to their university degree, not ‘father’ until the 20th century. His byname, Alexander son of Master Alexander, distinguished the poet from other men called Alexander MacDonald. And there were a lot of them.

Mac Mhaighstir came from Moidart, part of the Clanranald estates on the west coast of Scotland– the descendant of the chiefs of Clanranald, the Lords of the Isles and Robert II, the first Stewart king. He was the first cousin of Flora MacDonald who guided Prince Charles Edward to safety after the failure of the rebellion.

He was employed as a school master and catechist by the Society in Scotland for the Propagation of Christian Knowledge from 1729 until 1745. Not really his cup of tea, but he needed the money. At the first opportunity he left his school and joined the rebellion.

He described himself as Mùirdeartach dubh dàna nan geur-fhacal (the bold black-haired Moidart man of the sharp words). He was described as ‘a fine singer, of tall height and broad chest, handsome in feature’.

To spread support for the rebellion mac Mhaighstir travelled the West Highlands and Islands where he was welcomed for his news and songs. A taigh-cèilidh (visiting house) existed in every village. Typically one house offered hospitality to travellers and others contributed food and peats for the fire. In return the village got the news of the outside world. In the cèilidh-house people shared traditional tales, songs, new and old, riddles and poetry. Those present might also discuss grammar, semantics, history, economics, current events, theology and much more.

Of course rebellion was top of the news in 1745. Should they rise and support the rebellion? Or stay at home? The rousing songs of Alasdair mac Mhaighstir Alasdair must have encouraged many to support the Jacobite rebellion.

The MacDonalds chiefs were the Lords of the Isles, and held leth Alba is taigh (half Scotland and a house) in the Highlands and Islands. But in 1493 the lands of the Lordship were forfeit to the Crown. For 250 years MacDonald leaders tried to regain the lands lost to Campbells and MacKenzies, and the rebellion of 1745 can be seen as a last-ditch attempt.

The following song-poem praises several clans and invites them to join the rebellion.

Not all these clans joined the rebellion and many joined with small numbers to ensure a foot in both camps. A clan with men fighting on both sides meant, whatever the outcome, they kept their lands and possessions in the hands of some family members. Wise.