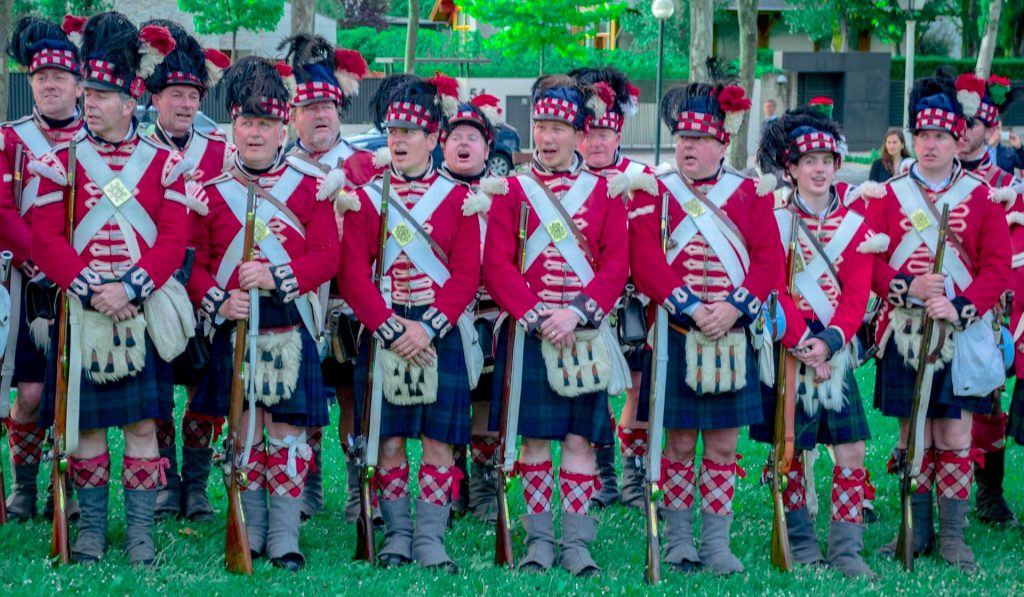 Everyone the world over recognises the heroic figure of the Scottish Highlander. But you have to wonder how that distinctive clothing evolved. You might assume that the society of the people who wore it was quite different from the Scottish Lowlands, England or any other European country. And you would be right.

In the Scottish Highlands, serial marriage was as common before 1700 as it was in northern Europe before 1200. Highlanders still raided Lowland cattle in the 1600s and 1700s. Lowlanders did not appreciate the fact that cattle raids were an elite and honourable activity carried on by Celts for over 2000 years.  Lowlanders wanted their cattle left in Lowland fields.

As late as the 17th century chiefs were inaugurated in pagan ceremonies with divination and no clergy, and then expected to go on a cattle raid to demonstrate their leadership qualities.

The government in the Lowlands did what they could to abolish Gaelic language and customs and make them into proper subjects. Yet Highlanders were not completely assimilated in the 18th century, and the Highlands became a tourist destination for such literary giants as Samuel Johnson. At the end of his tour of Scotland he said, “The noblest prospect which a Scotchman ever sees, is the high road that leads him to England!” Is that justified?

–Incredible information!  Your  classes are so packed with interesting history. I can’t wait to go through them again in a more leisurely manner and really absorb all the detail.  Thank you! Enjoyed all that you shared.

–I appreciate your expertise in Scottish history. You’ve helped tremendously in supplying needed details for my Scottish Historical Romances.

–Thank you. Was so incredibly informative and intensely detailed, am taking time to delve deeply.  I am so impressed with the care you took with this, much gratitude to you!

–I wanted to thank you for such a wonderful class. I always come away with a wealth of info and ideas. I look forward to the next session.