The Banshee of Castle Muirn 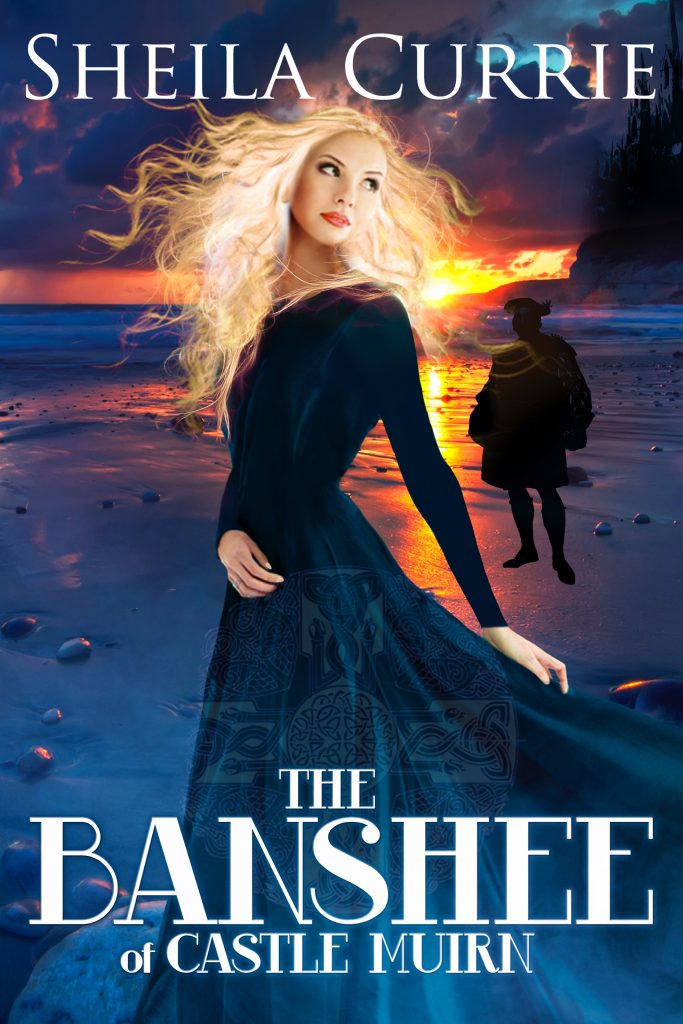 “You will become a banshee,” said the Wise Woman. “Your people need your powers.”

Shona Campbell, the daughter of a Scottish chief, is told she must marry a Lowlander with a need for her dowry and a taste for cruelty. She could become a powerful banshee and be shunned by everyone in the glen. Or she could accept the help of a MacDonald, her clan’s traditional enemy and be shunned by every Campbell in Argyll. Must she learn the magic of the banshee to save her clan from the Lowland suitor and his soldiers? Can she suppress her strong feelings for the handsome MacDonald?

–This book is a heady mix of historical realism, Celtic myth, and such great world building and characters that you can’t put it down.

–The Banshee of Castle Muirn plunges readers into the seventeenth century Scottish highlands. Rich in imagery, replete with feuds, magic, and forbidden romance, it is the story of Shona Campbell and Alasdair MacDonald.

–The Banshee of Castle Muirn is a romantic fantasy steeped in Celtic lore. Currie skillfully drew me into the story with a rich setting, twisting myth, legend and historical detail into a magnificent crucible for love.