What Good are the Fairies? 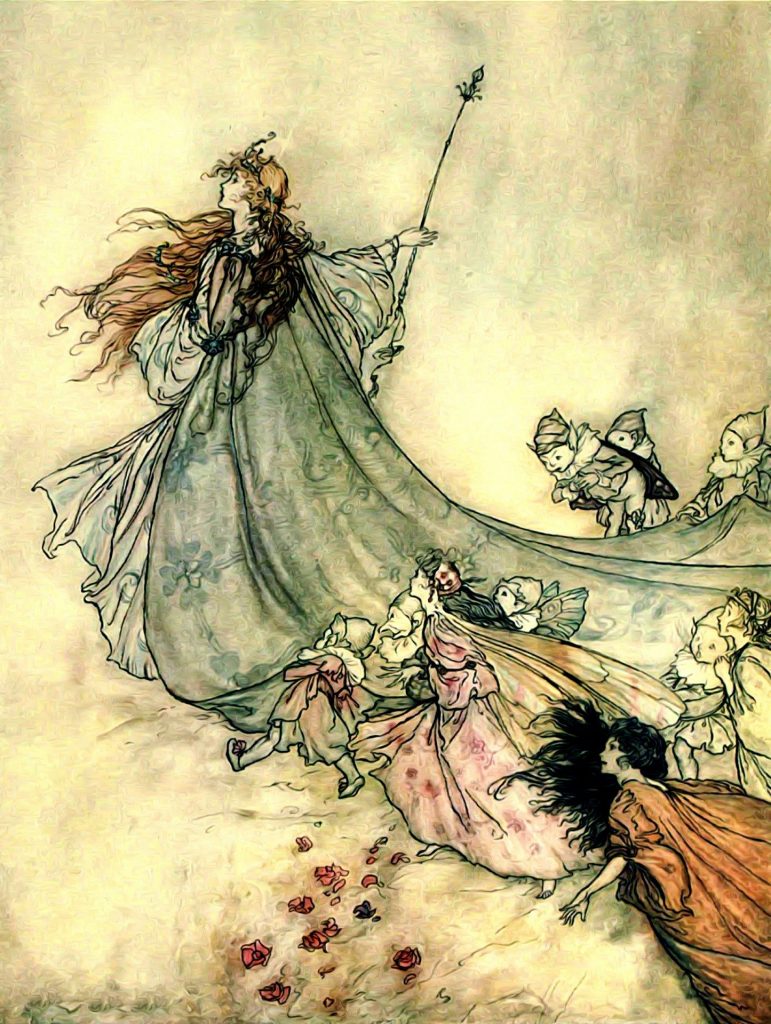 The fairies can be useful and kind to human beings. They bring food when a family is poor, build houses or barns overnight, and reward favours with gold. However, if they aren’t treated with respect,  the food will not nourish anyone, the houses or barns disappear, and the gold turn to stone.

Moral: Treat fairies (and people) right and you’ll be fine.

Parents warn their daughters to beware of handsome strangers.  He might be a leannan-sìth, a fairy lover. If he is one of the fairy folk, a girl might find seaweed or sand in his hair. The parents can also test him with mìosach, fairy flax. A person who can handle the plant without difficulty is a human being.

Moral: A new boyfriend should be checked out by parents.

Children are carefully watched and baptised as soon as possible to prevent the fairies from lifting the baby and taking it to a fairyhill. If a child, which was once happy and lovable, cries loudly and throws tantrums, it is an indication that the real baby may have been stolen. Especially if it eats enough to feed the whole village. Dead giveaway. The ‘child’ was really a bodach, an old fairy man—a changeling as it is in English. Without this belief the parents of a child who didn’t thrive would feel guilty.

Moral: DNA is not responsible for a child’s character, the fairies are.

The banshee or ban-sìth in Gaelic means ‘woman fairy’. While she has a bad reputation among English-speaking people, she has a very important purpose–to warn people of death. A good thing! Those who are involved with the care of a sick or very old person know that they should prepare a funeral sooner than later. She sings her lament outside a house because she can’t enter the homes of the living.

She has fearsome magicial powers. If a man finds her ivory comb and keeps it, Lord help him, his life will not be pleasant. An intelligent man, who meets a lone woman calmly combing her hair in the moonlight, will sprint in the opposite direction to avoid disturbing her. This tranquility in a seemingly helpless female is the mark of a banshee. Or a woman who appears to be one. The number of rapes in the Highlands is extremely low.

My novel The Banshee of Castle Muirn tells the story of this sort of woman fairy. Needless to say people are frightened to deal with a banshee. Imagine the thoughts of a young woman who has the potential to become one. Lose her friends? Be ostracised by the people of her village? Scare off every male in the whole wide world? No chance!

But an evil man is determined to marry her for her dowry and finance rebellion with the proceeds. What if her powers as a banshee are the only thing which will save her family from him? What if the only other help comes from a man of an enemy clan? Truly she must make decisions which will change her life.

Question Have you heard of a banshee? Anything positive? Would you want to be a banshee?