The Dark Side of the Fairies 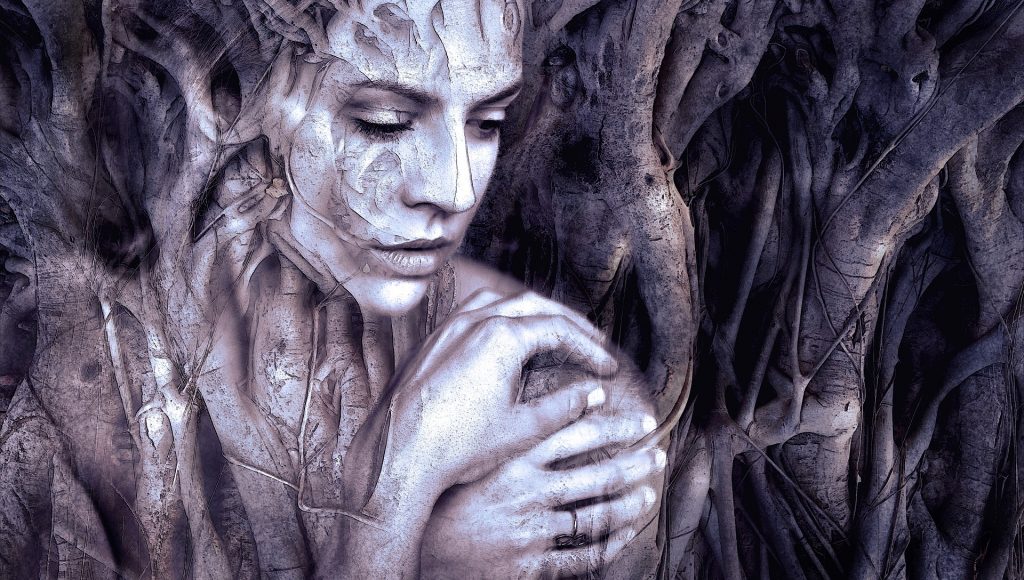 The fairy folk, sometimes called am fuath in Scotland, could be kind to people, but they could steal and maim and even kill. So how did Highlanders deal with the dark side?

Most daoine-sìth, another word for fairies, lived in a fairy hill or sìthean. Anyone, who passed by their homes, often heard music and saw dancing and fine food within. Soon he was making merry with them in palatial surroundings. But, when he left, he couldn’t find his family or friends. He’d spent a few days in the fairy hill, but discovered twenty years had gone by in the real world.

When the fairies ate human food, they stole the goodness from it but left a semblance of real food. After a week or two people, who only ate the changed food, starved. When grace was said over such food, it was revealed as rubbish.

Fòidean or small peats were also thrown at the fairies to drive them away. They usually travelled on an eddy of wind, the oiteag sluaigh. If the left shoe, the toisgeul, were thrown at a retreating fairy troop, they dropped whatever they’d stolen.

But the best thing to drive off the fairies was iron. Fairies raided houses when the strong were absent. For at least three days, women about to give birth needed someone present to prevent the fairies from carrying her and her newborn away. Iron nails driven into the bedstead or iron tools placed under the bed repelled them. Even an iron pin would give them pause.

However, the benefits of a fairy lover, a leannan-sìthe, were many. A fairy could give her lover a seun or charm to protect him from danger on the road or in battle. She could make him wealthy or, if angry, she could thin his herds with her voracious appetit. If he were short-tempered with her, she’d disappear with her children. If he offended her greatly, he was in danger of his life. Some said their children were ùraisgean, brownies or hobgoblins, the result of mésalliance. The brownies were said to be short and spindle-legged with wrinkled faces; they were supposed to help out in houses, but frequently they did mischief.

The bean-nighe, the washer woman, was a particularly terrifying entity found washing clothes and armour by a stream–the clothes of warriors about to die in battle. Men, who saw the bean-nighe, knew they’d surely die that day. they fought with wild courage and sacrificed themselves to save their fellows.

The banshee or ban-sìth was the messenger of death. No hostile man got near her because he feared her strength and magic. She is said to wear a beautiful red, green or white gown, and was found combing her hair in deserted places. Some said the banshee was old, others said she was young with golden hair. Ordinary folk didn’t know that the ban-sìth was not immortal, merely long-lived.

So that’s what people believed. So what have I done to the folklore about the fairies and, in particular, the banshee?

The Banshee of Castle Murin

In my novel The Banshee of Castle Muirn an old wise woman wants to retire and recruit Shona Campbell to replace her. Alasdair MacDonald is charmed by her beauty and kindness, and falls in love with her. He has no idea that Shona has the potential to become a banshee. She is reluctant to tell him that she is training to become one of the most frightening fairies. Will he believe that much of the belief in fairies is gossip and slander of the worst kind? Can Shona become a full banshee and still find love?