Finding Stories Among the Fairies 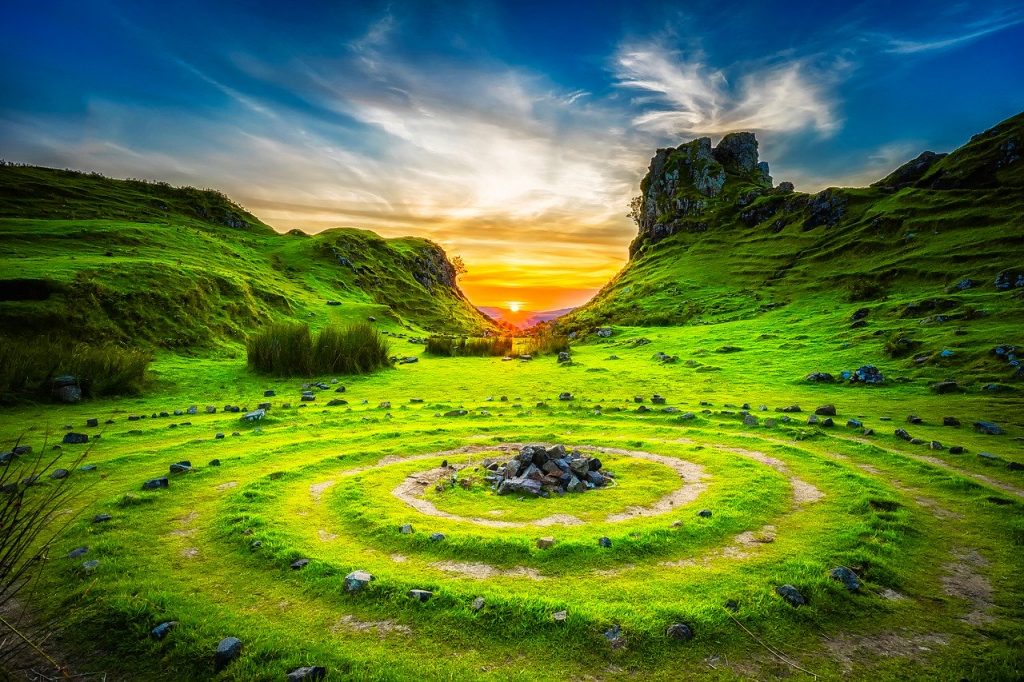 Gaelic Scotland and Ireland are the lands of my heritage, and the stories I tell concern those countries. I love to peruse books of Celtic fairy tales for good stories. There are many different names for entities which are considered fairy folk or daoine sìth. I needed to find one for my novel.

The gruagach in Scottish Gàidhlig refers to a young woman with lots of hair or a female brownie. However, in Ireland the word means ‘goblin’ or ‘hairy monster’. Maybe not such a good choice of fairy for my story.

I looked at stories about a glaistig, a female fairy with a past. She can be a water spirit, and she can be young and beautiful or old and not so lovely. Sometimes she is kind and helpful and sometimes quite nasty. Maybe another time.

I decided to write a story about a banshee or ban-sìth as she is in Scottish Gàidhlig. The name means ‘woman fairy’, but she is a fairy of a very special type. She warns people of death. That’ll be a challenge I thought. But in Gaelic tradition only Gaelic families deserve to have a banshee ‘follow’ them. When she cried or sang as some say, she gave people time to prepare a proper funeral, and people of good families have one. So she is a good thing, but still scary. How do you turn a death messenger into a sympathetic character? If vampires can be good guys then surely banshees can as well.

There is a story about a man who knew it wasn’t wise to interfere with the fairies especially the banshee. One time at midnight he found a beautiful woman combing her golden hair in the moonlight with no concern for her safety. He knew she had to be a banshee and he left as fast as his legs would carry him. Ah ha! That might be the kernel of a story. A woman alone could pretend to be a banshee and protect herself at night.

But I wanted to write a fantasy. I wanted my banshee to have magic powers.

In another story a young man who was not so well-informed found a golden comb and took it home with him. That night and every night after, he was troubled by a woman lamenting outside his house. She sang to him that she had work to do and she needed her comb. She told him he was not worthy of her time, skill or laments. He went to the village wiseman (am fiosaiche) and he was told to give back the comb with iron tongs. The wiseman said she’d not enter his house, but he should only open the door enough to return the comb. The fairies are weakened by iron and her power would be safely reduced.

The banshee returned that night and the man did as he was told. He opened the door a few inches, and passed out the tongs with the comb on the end. When she touched the comb, he was blown right over his fire, and landed in a heap at the far wall. Great was her anger and power. However, he was alive and very careful of fairy folk for the rest of his life.

Like other fairy entities she can be old or young, helpful or vengeful. How could I use that? Here’s what I decided.

My heroine has the ability to become a banshee. Her people are dead scared of banshees, and she is reluctant to train. But the old banshee of Castle Muirn needs an apprentice who will take over her duties. The young fairy has other options–she is the daughter of a clan chief. Since childhood she has expected to marry a man of her clan, one of her distant cousins and live happily ever after.

But a stranger, her stepmother’s nephew, comes among them seeking to marry her, not for love, not to strengthen her clan, but for her generous dowry. Can she learn to control her banshee power to defeat the man? Can she still find a man who will accept her as she is?