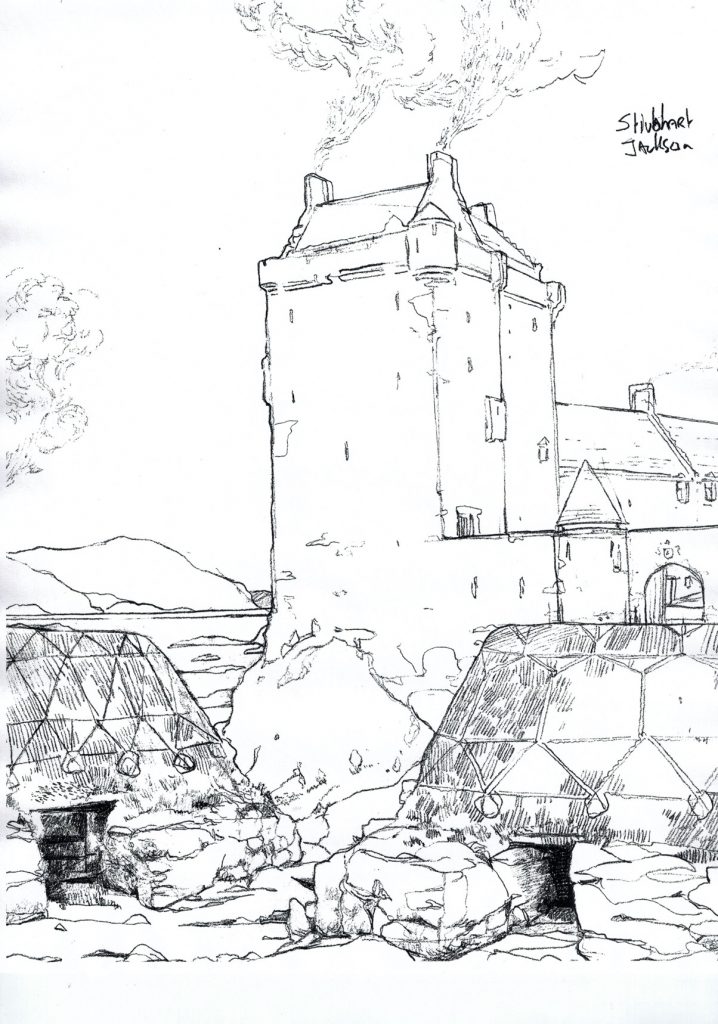 The image gives a wonderful idea of what a typical castle might look like in the 17th century. The artist is Stiùbhart Jackson who comes from Alloa near Stirling in Scotland.

My novel The Banshee of Castle Muirn takes place in the Scottish Highlands in the 17th century. You can see two houses in the baile (village) and the castle whose walls form part of the curtain walls.

I’m writing a fantasy series about Shona Campbell, a fairy woman, but her feet are firmly on historical ground. She lives in the Highlands of Scotland shortly before the Wars of the Three Kingdoms. Not familiar with that term?? The English call it the English Civil Wars. The wars started in Scotland in 1638 in Edinburgh.

Of course most Highlanders living at that time didn’t realise that a war was about to start. My heroine’s father marries a Lowland woman who comes to Castle Muirn while her father remains in the burgh. Despite Shona’s efforts to make her welcome, her stepmother is desperately unhappy. And the village wisewoman, also a fairy woman, knows that black-coated strangers have been seen in the district. No one seems to know why…